HomeLet the Truth Be Known

Let the Truth Be Known

George Lynch Souls of We
Let the Truth Be Known 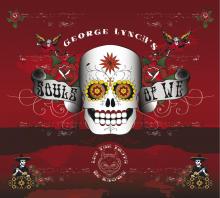 Souls Of We signifies a new beginning for world renowned guitarist George Lynch (Dokken, Lynch Mob) and legendary Hollywood frontman London LeGrand (Brides Of Destruction). The chemistry between Lynch and LeGrand was instant and undeniable. George Lynch's Souls Of We is a modern rock band with strong songs fronted by the consummate frontman and one of the best guitarists in the world. This quartet started turning heads once they hit the road and fans see the band in action.

About George Lynch Souls of We

Guitarist George Lynch  was one of the top guitarists in  the 80’s and appeared on the cover  of nearly every guitar oriented magazine  in the world. As a member of Dokken he  churned out a series of multi-platinum albums, each one with more impressive guitar work on it than the  next. As a touring member of Dokken, he saw the world  and introduced fans across the globe to his phenomenal, stylistic approach to the guitar. In the 90’s George had  another round of success with his own group the Lynch Mob  on Elektra records and again supported his releases with a heavy touring schedule.