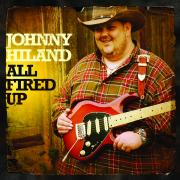 Johnny Hiland grew up in the small town of Baileyville, Maine. He was born legally blind with an eye disease known as Nystagmus, which did not allow him to grow up like most children. he started playing guitar at age 2, and went on to perform his first tv show at age 7. His career took off when Johnny won the “Talent America Contest,” at age 10, in new york city. his father had taken him to see Ricky Skaggs perform, and Johnny immediately went from pickin’ bluegrass to wanting a telecaster. As a teen, Johnny spent countless hours learning and developing his own blend of chicken pickin’, rock, blues, and swing; while pickin’ in a number of different bands around the state of Maine. after finishing high school, and 3 years of college, he moved to Nashville in 1996. Since then, he has performed as a headline artist at the legendary Grand Ole Opry and has played on a number of records for artists like Toby Keith, Trick Pony, Randy Travis, Ricky Skaggs, Janie Fricke, Lynn Anderson, and Hank 3k among many others. He later signed a record deal with Steve Vai and released a critically acclaimed guitar record on Vai’s Favored Nations label. Since then he has been touring the globe with his band, “The Johnny Hiland Band.” he has also performed on stage with super artists like Sammy Hagar, Ted Nugent, George Clinton and P-Funk, Les Paul, Steve Vai, Joe Bonamassa, G3, and many others. he loves to teach, and has his own line of guitar instructional material as well; 2 Hot Licks videos, and a number of books/cds with Mel Bay. He has had his own signature model PRS, and now has found his proper guitar home with Ernie Ball Music Man.

Hiland’s first record for Shrapnel “All Fired Up”, is a virtuoso chicken pickin’ cd which is rooted firmly in country music with a rock and roll edge, aided and abetted by Joe Satriani and Steve Vai bassist Stuart Hamm and Steve Vai/Billy Idol drummer Jeremy Colson on the drums. an instrumental cd brimming with high tech chicken pickin’, faux pedal steel chops laced with some incendiary rock and roll, “All Fired Up”, also boasts two vocal oriented bonus tracks which incorporate Hiland’s seasoned country voice and his showboatin’ country chops.

Ricky Scaggs commented on Johnny, “I think Johnny Hiland is the most versatile guitar player I’ve ever heard. from Bill Monroe to Eddie Van Halen, he can play it all.” 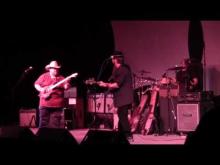 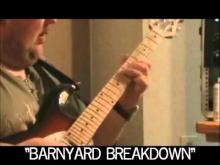