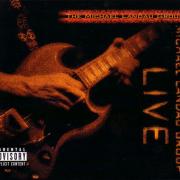 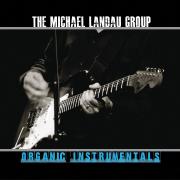 Michael Landau is perhaps the most widely respected session guitarist of all time.

Landau has always enjoyed writing, recording and performing his own music live and has led a number of his own groups including Burning Water and Raging Honkies, with whom he has also recorded an impressive body of work that has been mostly available direct to his loyal legion of fans. Landau has long been a fixture of the exclusive L.A. jazz/blues club scene where he has held musical court to thousands of fans through the years with a variety of stunning line-ups incorporating the "Who’s Who" of L.A.’s top musicians.

2010 saw the debut of supergroup “Renegade Creation” which is a collaboration between veteran musical giants, Michael Landau, Robben Ford, Jimmy Haslip and Gary Novak. Blending together to create a blues-driven sound that not only satisfies their individual fans, the band’s tours in 2010 and 2011 attracted a legion of new fans as well. Delivering both rootsy, blues/rock vocal tunes and fiery instrumentals, Renegade Creation draws on the unique guitar interplay between guitar giants Robben Ford and Michael Landau who inspire each other to new personal bests.

As distinctive as Landua’s original sound is, he is also widely revered as one of the greatest session guitarists of all time, having recorded and/or played with Miles Davis, Seal, Pink Floyd, Chaka Khan, Mariah Carey, Quincy Jones, Joni Mitchell, Diana Ross, Rod Stewart, James Taylor, The Jefferson Airplane, and a host of others.

Landau has mesmerized guitar fans around the globe with his masterful phrases and unique style. There is much anticipation for this new studio record, as Landau has done a lot of touring in the last two years in support of his solo career, as well as with Renegade Creation.

On "Organic Instrumentals", he once again proves to be the ultimate  connoisseur of taste and tone as he navigates a cinematic assortment of musical landscapes.  Landau contrasts some of the most melodically beautiful phrases ever recorded with passion drenched guitar solos, resulting in a guitar tour de force that must  be heard to be believed. Acting as both engineer and producer, Landau is a master craftsman, working the recording console with the same artistry with which he approaches playing the guitar. 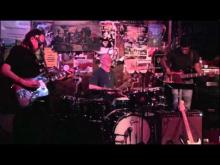 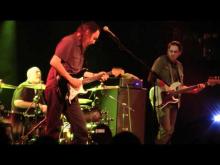