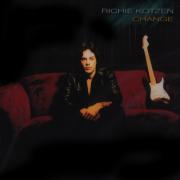 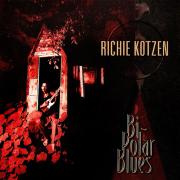 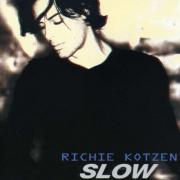 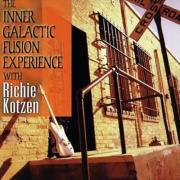 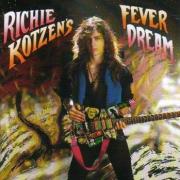 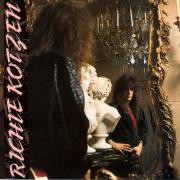 In 1991, Kotzen made his big break when he joined the rock band Poison at age 21, co-writing and performing on the album Native Tongue. This album produced two top twenty singles which Richie co-wrote, "Stand" and "Until You Suffer Some (Fire & Ice)". In late-1993, Rikki Rockett, the drummer of Poison, discovered that Kotzen was having a relationship with Rockett's ex-fiancee, Deanna Eve. Kotzen was dismissed due to this incident and the disappointing sales of the Native Tongue album and tour. In 1999 Kotzen replaced Paul Gilbert as guitarist in the mainstream rock band Mr. Big. Kotzen maintained the band's success, performing on the Mr. Big record Get Over It, which sold more than 175,000 copies in its first two weeks in Japan, eventually reaching platinum status. Kotzen also contributed guitars to Mr. Big's subsequent release Actual Size. The record included the Kotzen song Shine, which debuted at number one on Japanese radio charts. Following the disbanding of Mr. Big, Kotzen released the solo album Change, in 2003. The title track, and the song Get A Life were featured in TV commercials throughout Japan.

In 2002 Kotzen bought a commercial building in Los Angeles and established a recording Studio/Production company. He has since been producing acclaimed solo albums and collaborating with various figures in rock (Gene Simmons), jazz, and fusion including jazz legend Stanley Clarke. In mid-2006 Kotzen was the opening act in Japan for The Rolling Stones on their Bigger Bang tour. He has also covered various songs from the Gundam franchise including Soldiers of Sorrow, The Beginning, The Winner, Blue Star, and Fly! Gundam.