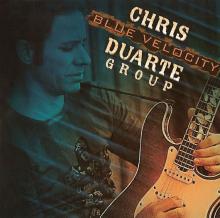 Duarte is internationally recognized for being one of the greatest blues guitarists of all time as any google search will tell you. Duarte is a perennial touring artist and has fans all over the world. When Duarte made his debut in the 90’s Guitar Player  magazine voted him best new talent over Dave Matthews and Joe Bonamassa. Duarte is  one of the few guitarists alive that can channel the soul and technique of Stevie Ray Vaughan and his CD’s and live shows always include songs that  are reminiscent of the late great SRV.